Vascular malformations refer to abnormal clusters of blood vessels that usually occur during fetal development. While the precise cause of such malformations is unknown, both males and females can be affected. Most of the time, these vascular lesions are present at birth, but in other instances may not be evident until months or years after children are born. They tend to grow gradually and most often in proportion to the growth of the child. However, sometimes they can grow faster and require immediate attention.

There are several types of vascular malformations, all of which depend on the leading abnormality present. Some of them include:

The treatment options for vascular malformations are heavily dependent on key factors such as the type, location, and depth. The use of compression apparel, laser therapy, as well as drug therapy are often recommended to treat apparent malformations. Deeper lesions however, may necessitate surgical removal or other more intense therapies. BASIC can help evaluate the right method of treatment for you and your child. 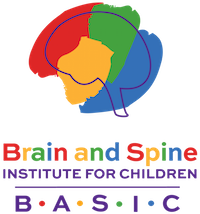